The heart of LETTERBOX FILMPRODUKTION beats steadily for fiction. Our partners are a team of first-rate creative talents. Together we take out-of-the-ordinary, gripping and legendary tales and turn them into electrifying cinematic stories – told on screens both big and small. Thriller, Drama, Mystery and Comedy, from high-end series formats to long-running serials, all the way to first-class films for television and the cinema: LETTERBOX FILMPRODUKTION stands for outstanding, high-quality and innovative diversity in the fiction genre.

The company stands for extensive, long-term expertise in the field of fiction, always with an intuitive feel for up-to-date, highly charged and emotionally touching subjects and narratives. The series BAD BANKS delighted a viewing audience in the millions and was acclaimed by the press as the “Best German Series” in 2018. The seven-episodes thriller series BENEATH THE SURFACE matches highest international standards. Having meanwhile advanced into becoming a cult series, DER TATORTREINIGER starring Bjarne Mädel is an award-winner and even achieved success in the USA. German TV would be hard to imagine anymore without formats steeped in tradition such as NOTRUF HAFENKANTE (ZDF), GROSSSTADTREVIER (ARD), DIE PFEFFERKÖRNER (ARD) and DIE KANZLEI (ARD). 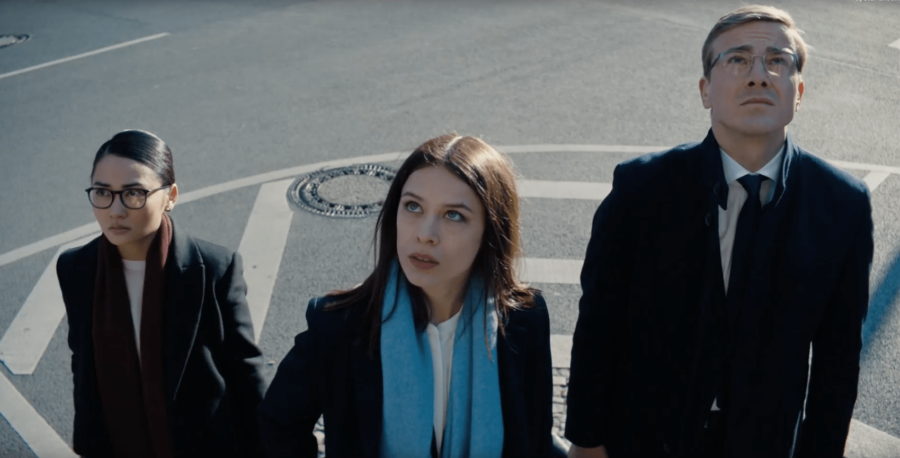 The company utilises award-winning and prominently casted event films to demonstrate its expertise in the creative enactment of sophisticated content while working together with “the creative thinkers and doers” in the industry – films made possible due to the large network of well-known figures from film and television. They include productions such as NEUE VAHR SÜD (ARD) based on a novel by Sven Regener, DER TOTE AUF DEM EIS (ZDF) starring Manfred Zapatka, Kai Wiesinger and Ulrich Tukur and DIE VERMISSTE FRAU (ARD Degeto) starring Corinna Harfouch, Jörg Hartmann and Ulrich Matthes.

Poignant to powerful emotions on the cinema screen, too

Overview of our Awards and Nominations (a selection since 2008)