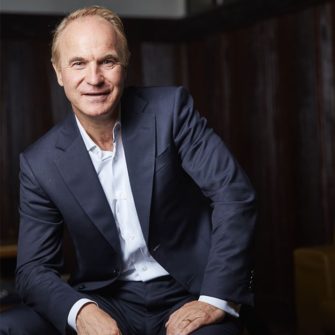 Since 2008, Michael Lehmann has served as CEO of the Studio Hamburg Production Group, which includes the operating subsidiaries LETTERBOX FILMPRODUKTION and REAL FILM Berlin, which he also supervises as managing director. These two companies are responsible for the globally successful BAD BANKS and UNORTHODOX, among others.

In cinematic productions, Michael Lehmann was responsible for NIGHT TRAIN TO LISBON, a screen adaptation of the novel by Pascal Mercier; the Nazi satire HEIL; the two cinematic adventures of the ‘Peppercorns’ – from the popular German children’s series –  THE PEPPERCORNS AND THE CURSE OF THE BLACK KING and THE PEPPERCORNS AND THE SECRET OF THE DEEP SEA, MY BROTHER SIMPLE, based on Marie-Aude Murail’s novel of the same name; the biopic LINDENBERG! MACH DEIN DING; and BERLIN, BERLIN – DER FILM, the adaptation of  ARD’s iconic, multi-award-winning series as a feature film for Netflix. His latest TV projects include the international mini-series BENEATH THE SURFACE and the event movie 3 ½ STUNDEN.